Saint Peter’s Vision of Jesus on the Appian Way 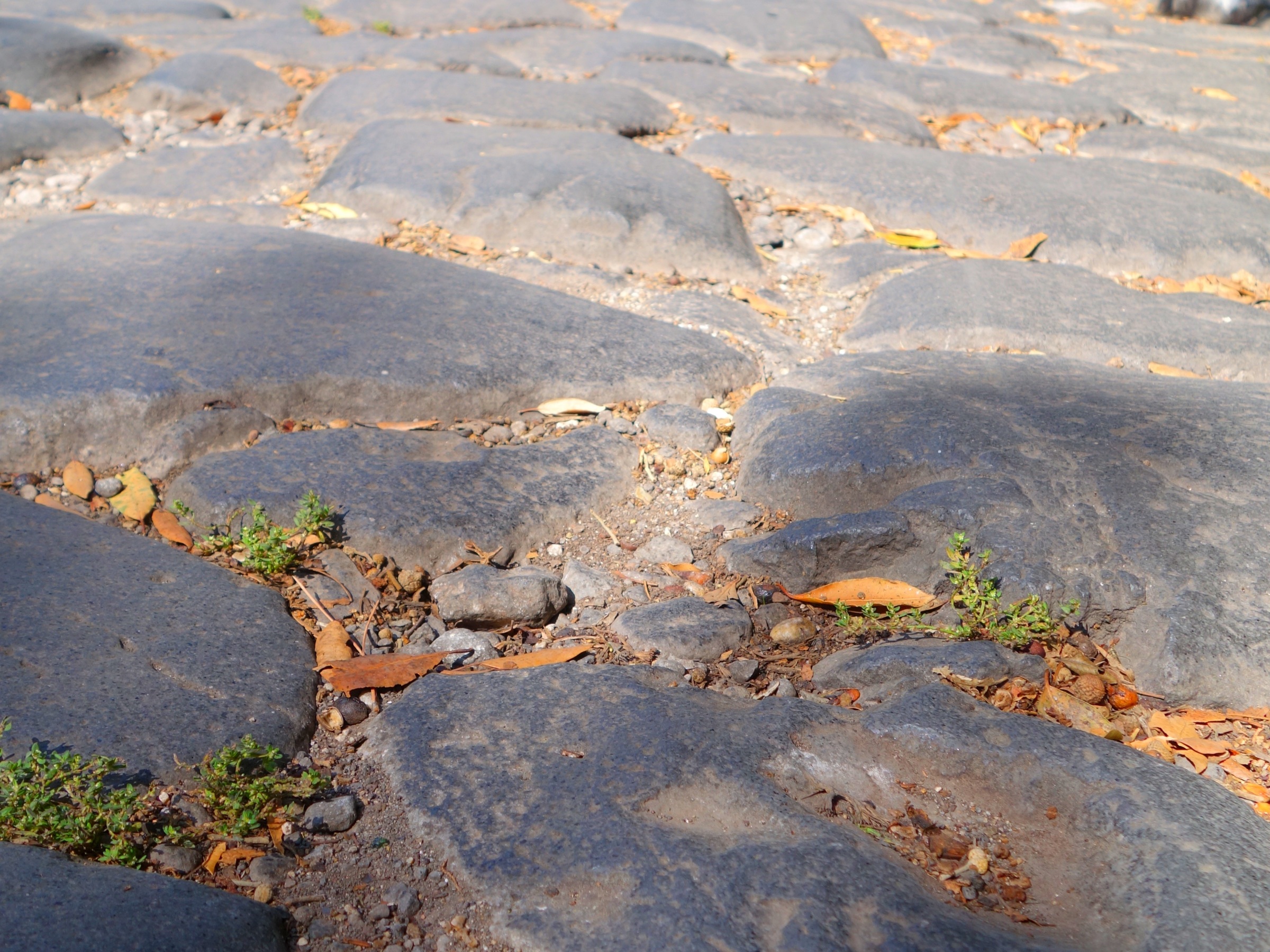 A Participant in the Divine Nature Of Christ.  Who? Me?

When my husband and I arrived in Rome after a 9-hour flight from Atlanta, we had planned to sleep for a couple of hours before venturing into the Eternal City.  Sadly, we were to find that our hotel room wasn’t ready for us.  Oh well – we washed the cobwebs from our eyes in the hotel’s public bathroom, entrusted the bellman with our luggage, donned our hiking shoes, hopped on a bus, and headed about an hour southeast of Rome to an ancient road known as the Appian Way (or Via Appia Antica, if you are Italian).  It was an awesome day – cool and dry – puffy clouds in the sky – a perfect day to hike the Appian Way back to Rome.

As we hiked on the original stones that paved the ancient road, we stopped to see all kinds of things . . .  ancient mausoleums and circuses.  We toured catacombs – the burial ground of thousands of first century Christians.  It was in the catacombs, painted above a grave, that we saw the first known depiction of Christ as the Good Shepherd.  We even stopped for lunch at an amazing restaurant where we sat in their courtyard next to a fountain and feasted on pasta.

But there was one place that I could not wait to see.  It was located just before we reached the walls of Rome that surrounded and protected the city.  There sits a tiny, insignificant church – a chapel really.  It would be easy to pass by without a thought.  But, for me, this church is built on holy ground and the highlight of our hiking that day.

After Christ’s death in Jerusalem, Peter became the head of the church.  He traveled widely proclaiming the way of Jesus everywhere he went.  He had been in Rome when persecution against Christians (who refused to worship the emperor) became increasingly frequent and violent.  Warned that his life was in grave danger, he decided to flee the city following the Appian Way to safer ground.  He got as far as the ground where this little church stands.

In Latin, the church is called “Chiesa del Domine Quo Vadis.”  In English, it literally means “The Church of ‘Lord, Where are You Going?’.”  According to the apocryphal Acts of Peter, as Peter fled the city, it was here that he encountered the risen Christ.   Peter saw Jesus walking in the opposite direction going back toward the city of Rome.  Peter – astonished – asked Jesus, “Lord, where are you going?”  Jesus responded, “I am going back to Rome to be crucified again.”

Peter didn’t believe that following Jesus was just a philosophical endeavor or just a nice way to live, he believed that the divine life of Christ actually lived within him and within all believers.  Earlier, he had recorded this in the New Testament:

Peter had given up his own life to live the life of Christ – to let Christ live through him.   Because of this, Peter knew that Jesus was telling him to go back to Rome where, as a participant in the divine nature of Christ, he would be crucified.   Peter would not be alone on that cross.  Jesus was with him – living through him – crucified again.  Peter was a participant in the divine nature of Jesus.  As are all those who desire Christ.

Peter obeyed.  He returned, was arrested, and crucified upside down on a cross.

As I sat in the little chapel, I prayed, “Domine Quo Vadis?”  Lord, where are we going?  How is the Spirit calling me to participate in the divine nature?  Where does Christ want to take me? How can I be his hands and feet?  It is an overwhelming, but joyful question – to know that wherever Christ sends me, he lives his life within me!

If this article interested you, you may also be interested in April and her husband’s pilgrimage to Assisi.  She writes about this in St. Francis and the Christian Life.

Read more interesting stories in one of April’s books

Category: Scripture Informing my Life as a Follower of Christ, Spiritual Disciplines Bringing me Closer to GodTags: 2 Peter, Visions

← Is the Episcopal Church Dead?
When a Horrible Mistake becomes Something Awesome! →